Maybe they need to be shown personally what 'bashing' really is.

He's is both a liar and delusional.

8 years of national nightmare coming to an end.

Email ThisBlogThis!Share to TwitterShare to FacebookShare to Pinterest
Labels: Bushwhacked

Why could it be Someone who just married off her daughter to somebody even gayer than her father...

And was going to star in a movie as a character based on a red hot Broadway mama and yet the lead character was based on her...

Meow
Yes She actually sang it!

and she was almost in it!

Cos 6 years earlier, This was her!

Email ThisBlogThis!Share to TwitterShare to FacebookShare to Pinterest
Labels: What's My Line. JG

Think I'll google him
Posted by Gunga Dean at 10:53 PM No comments:

Email ThisBlogThis!Share to TwitterShare to FacebookShare to Pinterest
Labels: Always Something There To Remind Me, Sandie Shaw

Once - My British Invasion - Petulia C!

... Betty, Gunga, Catie ... I think we must get together at my place soon ... for a well-deserved Ab-Fab marathon. Here's an old eppy to whet your whistles and get you warmed up!

I think this episode is most appropriate, given what our dear Catie has been through recently!
Posted by SnarkAngel at 6:16 PM 3 comments:

For Kerry and Me

Albuqurque Al wants us to know... 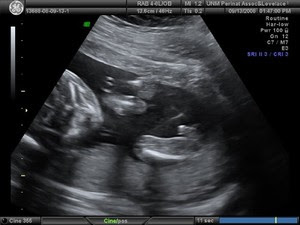 Posted by Gunga Dean at 2:31 PM No comments:

Remove yourself from consideration for the open Illinois US Senate seat.

I have 2 reasons for you to do so.

I) The next senator from Illinois must be squeaky clean. No corruption. No backroom deals, ever. I don't know if you are corrupt or not. Being an old school Chicago/Illinois pol I would suspect your cred's are less then sterling. In any event, just by accepting our disreputable Governor Blagomess's nomination, you are now tainted. It won't ever go away. And it reeks to high heaven. And then you, in humility of office, name your children after yourself: Roland & Rolanda, No ego's here.

II) From now on I demand only the brightest elected officials. I'm sick to death of those who can, doing, and those who can't, going into government. We have had demonstrably disastrous results from electing simpletons such as Preznit Bush and Gov. Blago. Also, from what I know and have seen of you over the years, I am simply underwhelmed. And now, MSNBC tells me Sen. Durbin is trying to get a hold of you but you are not responding because you do not know how to work the voice mail function on your cel phone.

I call that case closed. Let someone competent and completely beyond reproach fill the shoes of our Senator Obama. You owe us that!
Posted by Gunga Dean at 1:58 PM 2 comments: